Update: This tutorial is way out of date. If you want to create a modern (ie. 2015) app, please use a generator like RailsBricks.

With the recent release of web-app-theme providing Rails 3.1 support, it’s time once again for me to write a tutorial on how to earn money from cheap clients who can’t afford designers.

For reference, the previous tutorial can be read here. 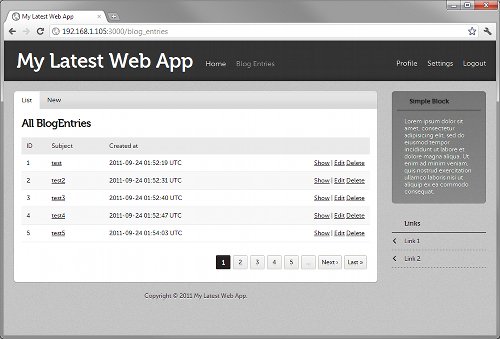 This post will discuss how to create a Rails 3.1 application that looks good enough to sell to clients (of course, YMMV) while still having components found in “professional” apps. This tutorial will cover the following:

I’ve already explained most of the gems above at the beginning of this post. The only thing worth noting would be the addition of hpricot and ruby_parser, both of which are needed by web-app-theme to generate haml files. 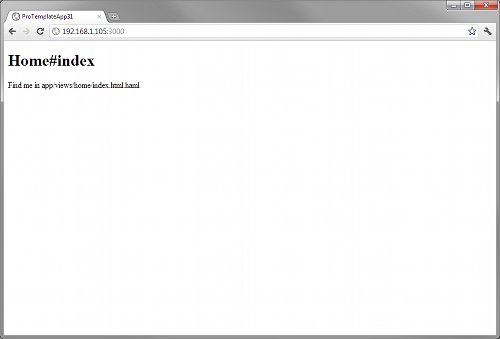 all pictures are clickable BTW

This will generate the layout files using the default theme in haml whose title would be “My Latest Web App”.

(In case you want to use a different theme, add --theme="THEME-NAME" to this and some of the later commands.) 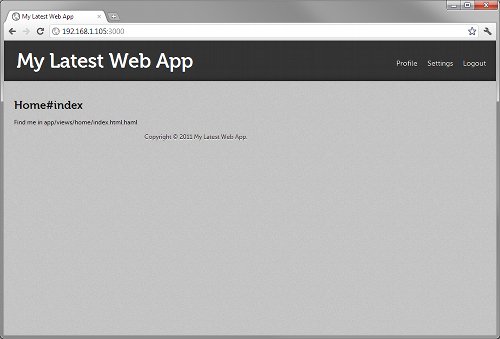 It looks good, but I think we’re better off using the sample text page from the demo site. 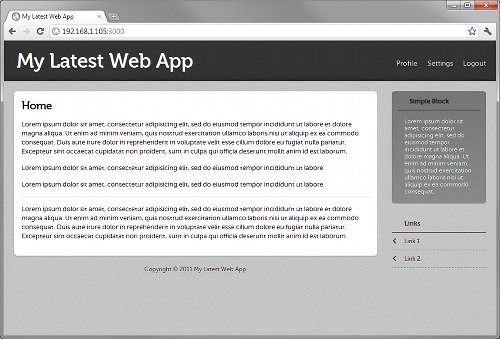 Before we continue, let’s first fix some problems with web-app-theme 0.8.0 when used with Rails 3.1.

First, generate a copy of the current theme to your app so that you could modify them.

Now for the tweaks:

We also need to customize the login screen. To do this, we must first enable scoped views for Devise.

Then let’s generate the sign-in/sign-out layout:

Then let’s add the following files to the config/application.rb file to change the layout for sign-in/sign-up:

At this point, you could generate the Devise views via

but the generated files are in ERb, not to mention that the layout for the sign-in/sign-up pages are different from what web-app-theme expects.

To save you from the hassle of copying the layout of those two pages, you could just copy-paste what I did here and here. 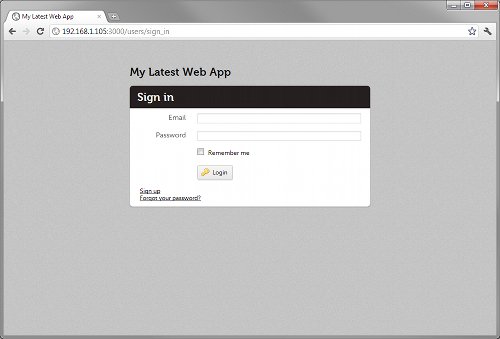 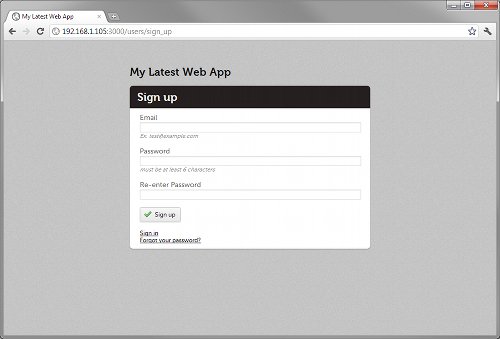 First, modify the layout such that the logout button actually works.

Now to test if Devise really works. Add the before_filter :authenticate_user! to home_controller.rb to kick us out to the login screen if we’re not logged in. While we’re at it, modify the said controller to set tell sign-out to redirect to the sign-in page. 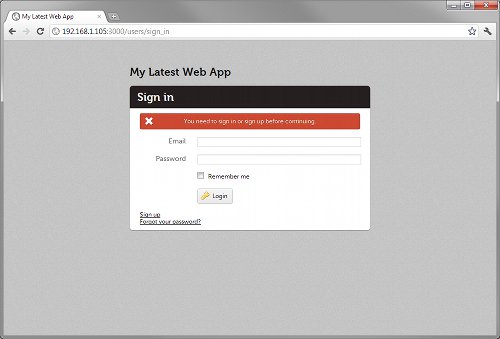 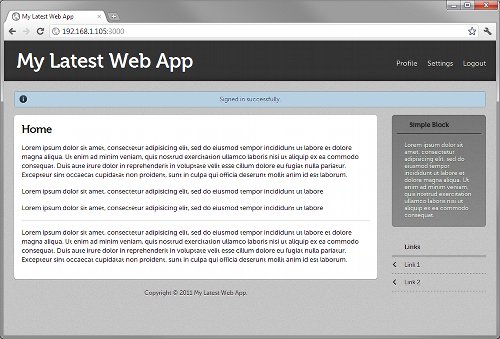 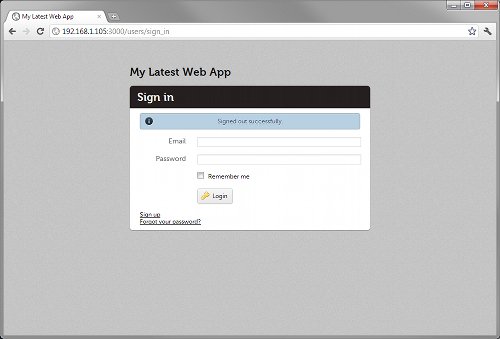 Since we’re using kaminari, we need to modify the controller and index page accordingly.

We will also have to modify the kaminari template to match the CSS. First generate the view files via

then modify the files to match the layout with the demo page. Here’s one way of doing it.

We also need to modify the layout to take into account the new module.

After that, you can still do a couple of minor tweaks to the pages to deal with their “auto-generated” jagged edges. Then you can also apply the error message fix (don’t forget to restart the server) and test it with the screens. 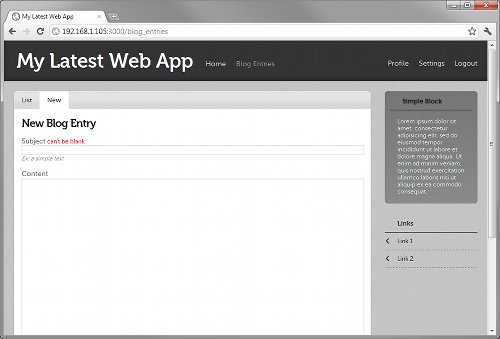 Looks like this thing doesn’t work in production. Please see the latest commit in Github (1, 2) for my fixes.

I’ve changed the layout stylesheets to use application instead of web_app_theme and also changed app/assets/stylesheets/web-app-theme/themes/default/style.css to an ERb file using asset_path to point to the precompiled assets.

There’s also a bug in Rails 3.1.0 which requires a change in the production settings. You can choose to either apply that fix, or simply upgrade to a more recent version of Rails 3.1.