One of the questions raised during the last Rails training course I held was “Can Ruby on Rails work with XAMPP?”

With this new version of Rails FTW, the answer to that question is YES. 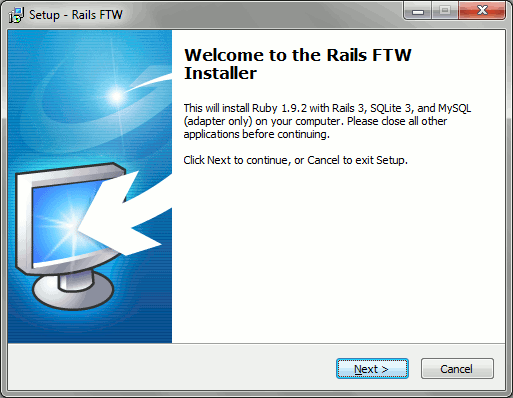 OK, so this version doesn’t install mod_rails on XAMPP, but it does allow you to get around the headaches involved in making Rails 3 work with MySQL on Windows.

Here’s a basic rundown of the changes from the last installer:

Rundown of the quick blog app demo using this installer below the cut. 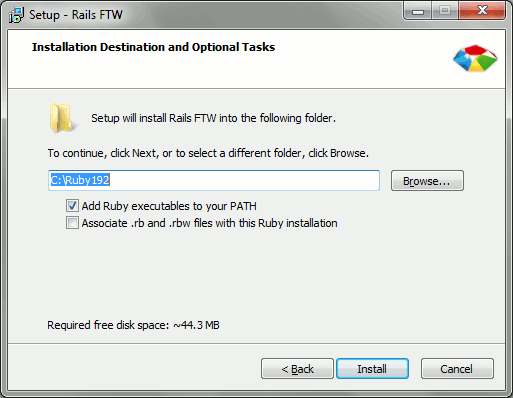 Here’s a pic of the new Installation Destination and Optional Tasks page. It’s still using Ruby192 but now the first option is ticked by default.

(I know, I know, you might think it’s stupid to think that people studying Rails wouldn’t take the time to read the “Tick the first option” in the tutorials. Trust me, they do ignore that BOLDFACE PLEASE READ ME NOTE and click Next-Next-Install instead. Then they go ask “Why am I getting this 'ruby' is not recognized as an internal or external command.. error?!? I’m sick and tired of getting into that FML situation in the so early into training.) 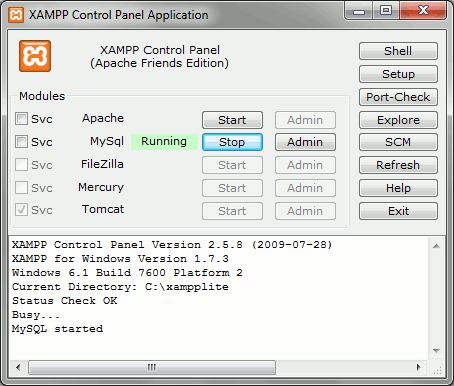 While waiting for the installation to finish, we go ahead and start MySQL from XAMPP.

(Don’t have XAMPP yet? Just head over to the download page and get the XAMPP Lite version.)

Once the installation is finished, we can now open the console to build our app. 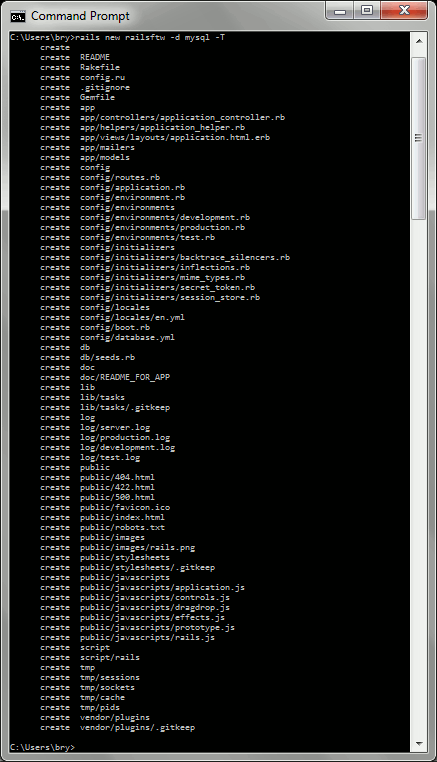 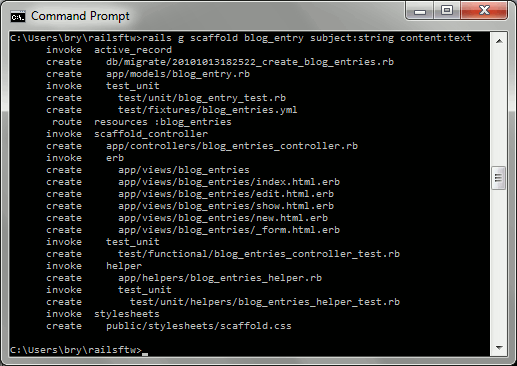 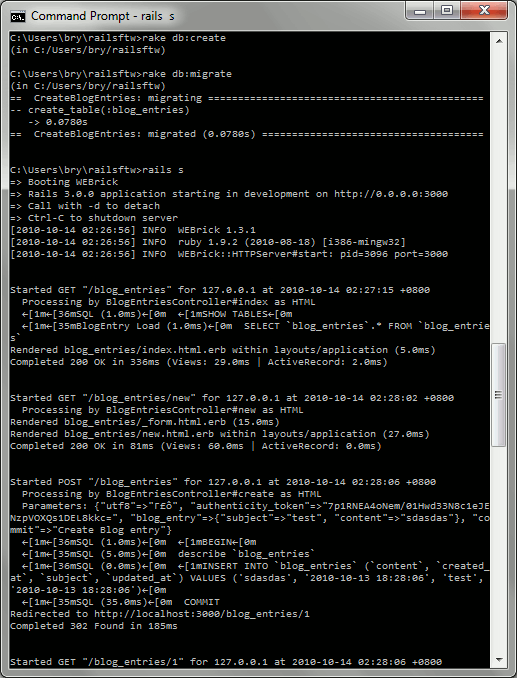 And finally the rake db:create, rake db:migrate, and the rails server. The first 2 commands work because the root password for XAMPP is the same as the password in the default Rails 3 settings. (Here’s where I noticed that we needed to remove coloring in the logs. It’s almost 4 am here and I don’t feel like making screenshots.).

And finally the obligatory browser screenshot: 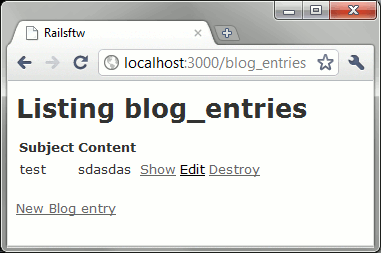