Since I’ve been too busy recently to think thoughtful articles, I just thought “What the hell…” and came up with this one.

Last time I looked at computer parts was two years ago. Since then, a lot of things have changed in the market.

Thinking up of a gaming rig, however, isn’t that all exciting. There are literally hundreds of websites out there with people discussing (and debating) which combination of parts will give you the best gaming experience on the PC.

So to shake things up, I’ve decided to think of a PC build for software developers. Of course, if you’re developing for iOS, this article isn’t for you. But for the rest of us, having a good set of parts can really make a difference, especially since you’re going to be working in front of that machine for 40+ hours a week.

My personal priority list of features I’d look for in a development machine are as follows:

1. Multiple monitors – constant Alt-Tab-ing is a necessary annoyance for most developers. In a normal work day, you’d have a lot of windows open: IDE/text editor, terminal windows for running scripts, a browser (for web devs) or emulator (for mobile devs) for testing, a browser for searching for answers on the internet, API docs, User stories/specification docs, email client, chat/IM client… the list goes on.

Sure, virtual desktops help, but that just moves the shortcut from Alt-Tab to another shortcut. A much easier approach would be to just shell out a bit of cash for extra monitors. And as we shall see below, getting multiple monitors isn’t as expensive as they used to be.

2. Current gen quad-core CPU – much more obvious than the multiple monitors. Practically every developer, save for the most basic of PHP developers (as PHP CMS devs still need to use photo-editing), will need a lot of CPU power.

2. Solid State Drive – when you’ve seen the crappiest SSD outperform the best mechanical hard drives, you’ll understand why some people would spend a lot on these low-capacity drives. Boot times cut by over half, programs and files loading much faster than normal, etc..

tl;dr: “Get an SSD” is the new “Get more RAM”, the go-to advice for speeding up your computer.

3. Reliable PSU and UPS – because no one likes losing half an hour’s work from power outages.

4. As much RAM and HDD as practically possible – RAM and HDD are dirt cheap nowadays. As we shall see below, 8GB of RAM and 2TB of storage (to complement the SSD) are cheaper than most of the parts.

Without further ado, here are the parts I chose:

(Most of the parts are from PC Hub. Last time I checked, they’ve already overtaken PC Options in the “cheapest parts” race. 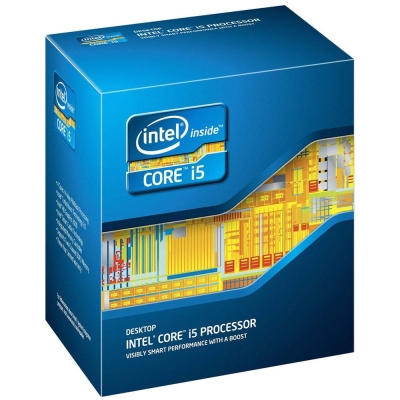 The Core i5 2500K is arguably the best CPU in the market right now. However, since we don’t care about its main feature (the K mean’s it unlocked for overclocking) we settle for the Core i5 2400. The 200MHz difference isn’t as noticeable as the P1.6K that you’ll save with the latter.

There are two things about this CPU that we have to mention before we move on to the other parts.

First is that this is a Sandy Bridge chip. Basically, this generation of chips have a graphics processing unit built in the chip just like the chips in gaming consoles and some mobile phones. With the right motherboard, we could go for triple or quadruple monitor with only a single additional video card.

The other thing to note is that this chip supports Intel’s virtualization technologies (VT-x). This improves performance of virtual machines (which you may find yourself installing, e.g. Windows for browser testing, Linux for separate testing servers, etc) run on this rig. 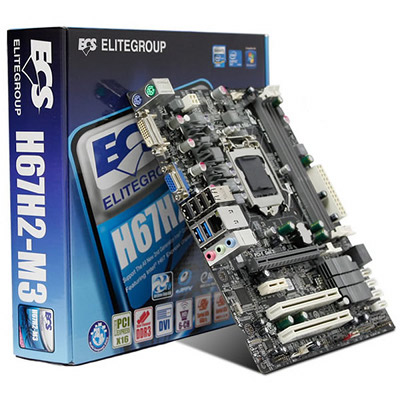 This is “the right motherboard” I mentioned above. When used with Sandy Bridge chips, Intel H67 Express chipset motherboards provide you with video output for up to 2 monitors. Our target is 3 monitors so we still have to buy a cheap video card. 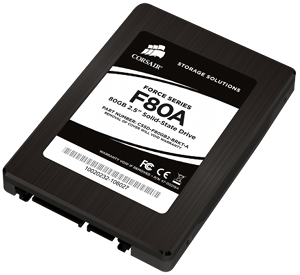 SSD: Any SSD released in the past 2 years

There are practically only 2 types of SSDs right now: ones by Intel, and ones with a SandForce controller. While both are good choices, the technology is still just maturing. In other words, expect older drives to be an order of magnitude less reliable than new drives.

Another thing to consider when buying an SSD is how much space you’re going to need. As a Rails developer, I doubt I’m going to need more than 40GB for programs and source code. People who work with far larger code bases or data to process will have to get a 100GB+ SSD. 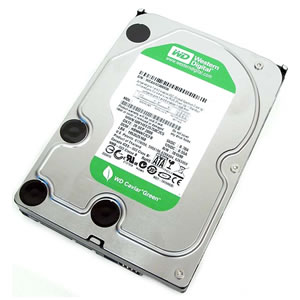 Having an extra hard drive when using an SSD is pretty much a given. It’s better to put stuff like documents, videos, and pictures to another drive to save space. Transferring the swap and hibernate files to this other drive will also free up more space.

Having lots of space on the drive also means you don’t have any excuse not to setup regular backups of your main drive. For extra redundancy, you may want to buy another drive and set the two HDDs as RAID-1. 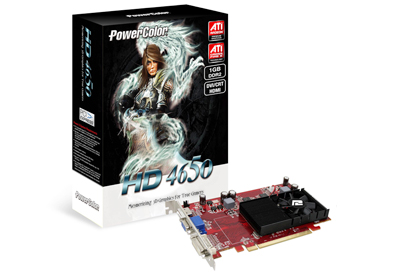 Nothing much to see here. Sandy Bridge gives us up to 2 displays so we need a card to provide the last one. 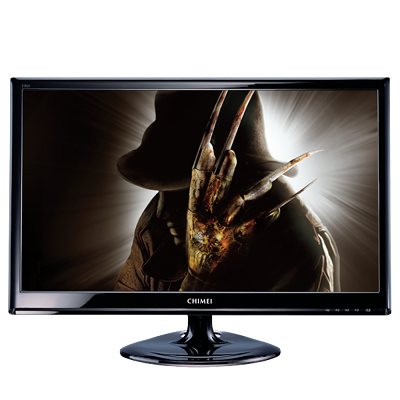 Chimei may not ring a bell, but they’re the largest producer of LCD panels in Taiwan so it’s not exactly a no-name brand.

There’s nothing much to say about these monitors aside from the fact that they’re probably the cheapest 1080p monitors available in the market right now. Since our motherboard, video card, and monitors support HDMI, you may want to buy some cheap HDMI cables from CDR-King as an alternative to using the analog D-Sub (VGA) output. 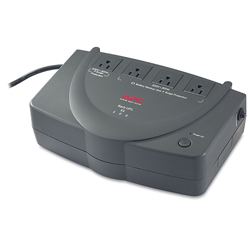 To come to think of it, the only “branded” UPS available locally are APC UPSs.

You have two choices with APC: their basic UPSs like the suggestion above which are pretty much like having a laptop battery that lasts for only around 2 minutes, or their more feature filled UPSs that cost a lot more but lasts a lot longer too.

For this post, we’ll go with the former. We actually don’t expect this rig to draw in more than 250W, monitors included.

Non-branded UPSs are mostly hit-or-miss. If you already bought one, go and check the 12V sealed lead-acid battery inside. IIRC, it should be rated 7Ah or higher. 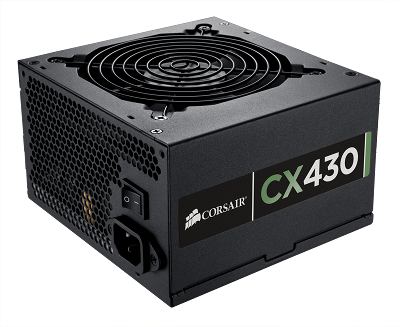 Please refer to my old post on why we’re using a branded PSU that’s rated less than a PSU you could buy from CDR-King for only PhP 600.

And now we proceed to the the parts that we don’t really care about: 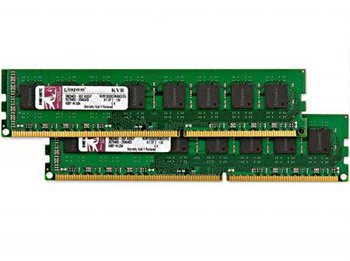 Nothing to see here. Value RAM isn’t that much different from higher end RAM if you’re not overclocking. 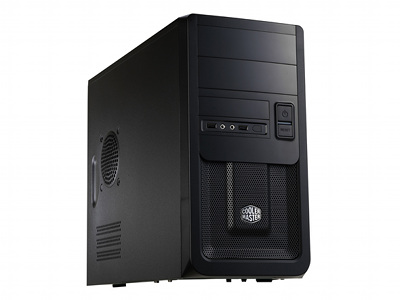 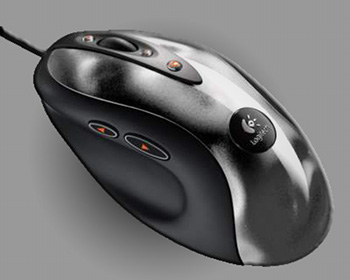 Why this gaming mouse? Well, aside from being my mouse for over half a decade, it’s the cheapest branded mouse you can get with the two side buttons for moving forward and backward in a browser. Makes browsing much easier than having to click the back/forward button pressing Alt-arrow.

If you want a non-branded mouse with side buttons, you can get one at CDR-King for PhP 200. It’s not as ergonomic as MX-518, though.

I am not a fan of wireless keyboards. Too expensive for my tastes.

Since split-type ergonomic keyboards are not available locally, just go with a generic USB keyboard. Depending on your typing style, you may or may not want to buy a wrist pad.

In case you don’t know, you need a 64-bit OS to take advantage of memory beyond 4GB.

But for many non-.NET and non-iOS devs, you can’t go wrong with Linux. This is especially true with web developers as their production servers are typically Linux/Unix based, thus reducing compatibility problems.

And the final build: 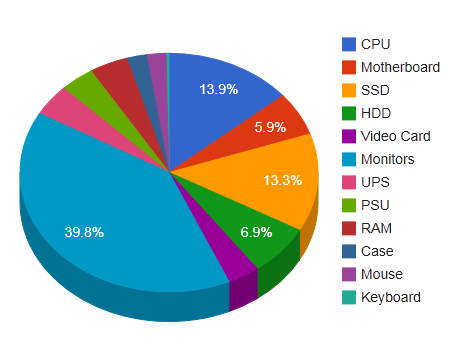 Around 60k — not bad for a high-end development machine.

One Response to Development PC build for August 2011