Use Global .gitignore Producers and Consumers 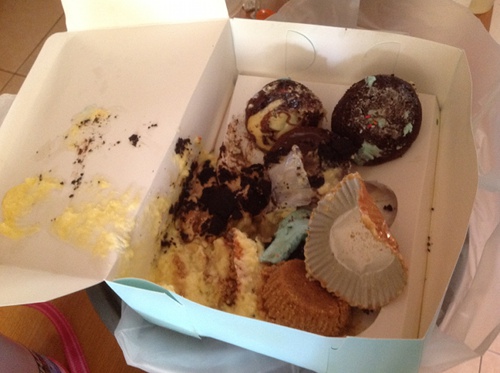 My cupcakes served as a poignant footnote for yesterday’s event.

Don’t get me wrong, yesterday’s DevCup was on a different level compared to every local tech event so far. It had a very spacious yet air-conditioned venue with very fast (albeit unstable) internet access. There was an unbelievable amount of sponsors. The participants produced impressive output in such a short time frame, and they’re actually available online. And there’s no fucking irrelevant cosplay.

However, the glaring faults in the logistics left a bad taste in my mouth.

In my decade of organizing and criticizing events, I’ve come to learn two things that distinguish well-executed events from the rest:

And what of the cupcakes?

We scraped the melted goo into a bowl and put it in the ref for dessert later.