Last week, social/mobile game developer Wooga released the code of one of their HTML5 games as open source.

Unfortunately for Windows users, the whole application was built in a Mac. Because of this, a lot of Unix-y stuff they put in won’t work even if you install minGW e.g. #! executables and egrep/printf.

Normally, I’d just suggest a Windows user to just install Linux on a virtual machine but that would be too easy.

Taking these problems instead as a challenge, I tried to get around them by playing around with the code. After tweaking tasks/build.rake for a bit, somehow things just worked. Yay! 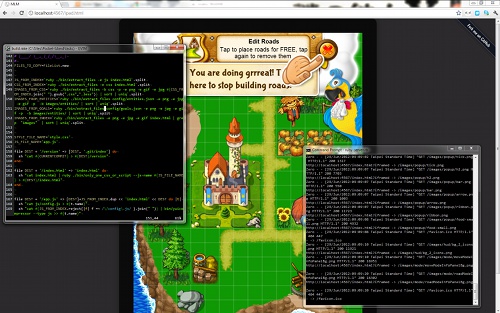 screenshot of the game on windows

So for those interested, here’s how to build the game on Windows 7 (haven’t tried it on XP but it should work):