Quick Look at Notepad++ as a Windows Ruby/Rails Editor

Last year, I looked at the better Ruby/Rails editors in Windows. With Notepad++ version 6 released recently, I decided to check whether it’s good enough to be an alternative to those two. 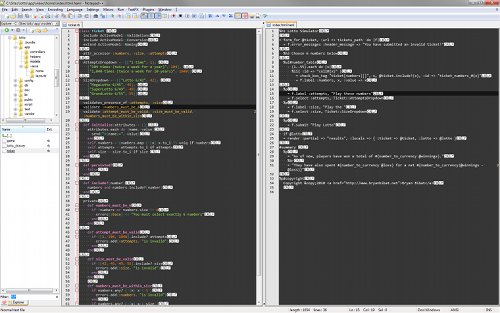 Overall, it’s ok, especially with the Explorer plugin. However, there are still a bunch of stuff I’d nitpick about: