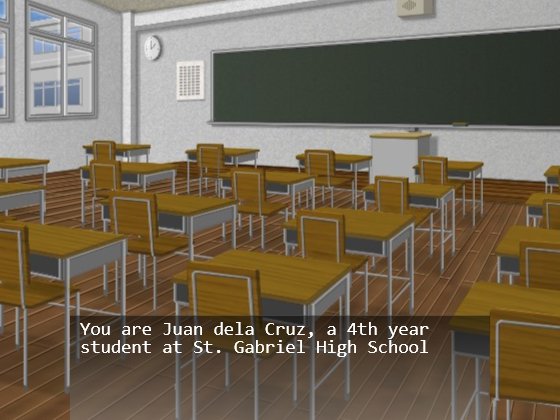 As promised, here’s the game I made for the Global Game Jam.

Seeing that I couldn’t think of a quick web-based game matching the theme “Ouroboros”, I just went ahead with a joke I made sometime after the Ruby Rumble:

So yeah, that’s how I ended up with a Visual Novel. Unfortunately for the people expecting sexually explicit scenes (which was about a third of the people who saw the game), the “game” I made was more ATLUS/Capcom than Key/Type-Moon.

Anyway, it’s more of a tech demo than a game, with me trying to implement a Cloud-based multi-platform visual novel with psychological themes and non-standard tactical RPG gameplay. Or in non-buzzword speak, an HTML5 adventure game playable over the internet.

Please use fake email addresses so you could view the changes when you change the answers to the initial questions.

I didn’t release the code because of how ridiculously horrible it is. I mean, using GET to update state, WTF?!?

One Response to Project Я: A Ruby/HTML5 Visual Novel