Keeping your goals to yourself Rails FTW!

Tax for the poor and mathematically challenged 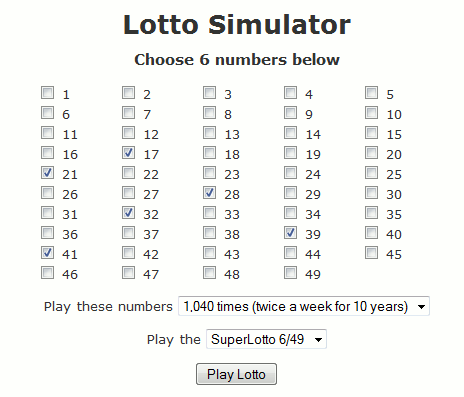 The Lottery: another way for the government to tax the (typically tax-exempt) poor.

As much as I’d like to shy away from yet-another-“greed is evil” post, recent circumstances have led me to mingle with people who still think spending money on the lottery is a good idea. So instead of being a jerk IRL, I’ll just post the arguments against the lottery here online.

Don’t believe me? Why not try this little app I made using Rails 3 and a dash of jQuery. You could even check the source code to see if the drawing algorithm is sound.

(It’s not an original idea, though. I just based it on a Hacker News link last week.)

The second argument is that the people likely to win the lottery are the people least likely to have the financial literacy to handle such a large amount. But I guess you already knew that.

6 Responses to Tax for the poor and mathematically challenged