I’ve noticed that audio doesn’t get as much attention as other parts of a PC system, which is unfortunate since sound makes up a significant portion of multimedia experiences. In contrast, the other more popular topics offer either less significant benefits (e.g. mechanical keyboards) or worse, mostly appearance oriented “improvements” (e.g. water cooling). So I’ve decided to write down my thoughts on the subject based on my decades of experimentation.

This series will be split into multiple parts: first, I’ll talk about my PC audio journey starting from my first PC. Then we’ll go into a buyer’s guide where I give part recommendations based on usage and price range. And finally, I’ll discuss my current audio setup.

My first PC was a 386-based clone with 2 disk drives and a monochrome CGA monitor. As with early micro-computers, its audio was limited to the internal “PC speaker“. While sufficient for machine beeps and simple game sound effects, it’s a far cry from even the lowest quality earphones bundled with mobile phones nowadays. 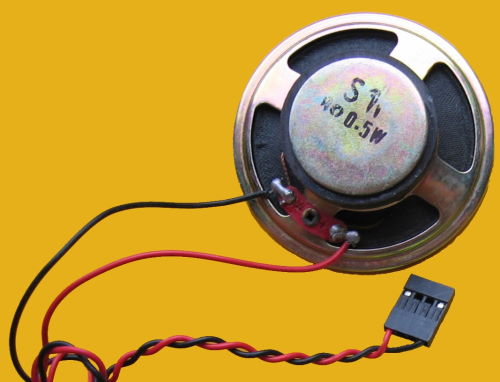 While obsolete as an audio device, it still helps to have a PC speaker in your toolbox as motherboards (at least the non-high-end ones) still use the speaker output for diagnostic beeps. This wasn’t a problem before as it was a standard part of PC cases, but case makers have decided in the recent decade to not include them anymore in their products.

In other words, if your PC fails to boot and you don’t have a fancy $200+ motherboard, you’re SOL trying to figure out what’s wrong. You won’t have this problem if you’ve got a $0.50 speaker on hand. 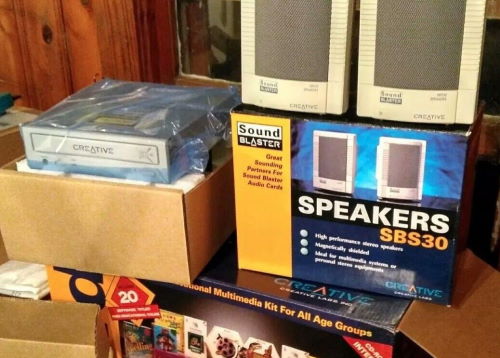 We eventually upgraded to the full 90’s multimedia experience with a Creative Sound Blaster CD-ROM, sound card and speakers bundle. The picture above is from an Ebay listing of a similar bundle – we got the same speakers and drive but not the whole educational kit. However, it did include a great EA games compilation CD – Strike Commander, Wing Commander II, Syndicate, and Ultima 8.

In hindsight, the leap from internal PC speakers to external ones was incremental rather than revolutionary. Developers had over a decade of playing around with PC sound while Sound Blaster audio was new technology. Compression also wasn’t that great so you either had to span multiple CDs for great game audio (and video) or you’d have to live with low quality audio. 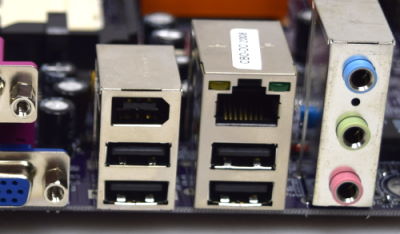 Similarly, the decade that followed was also a series of incremental improvements to audio. MIDI vs WAV vs MP2 ended with widespread adoption of MP3, and bandwidth improved to the point that downloading songs in decent bit rates would only take a few hours. Sound chips have gone down in price enough that manufacturers have started including speaker-mic-line sockets in their new motherboards rather than relying on external sound cards. 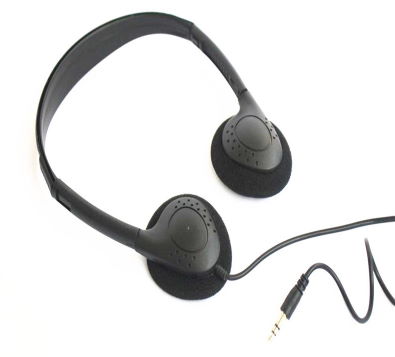 As for me, I got into college and boarded with other students. While I got a room for myself, I still learned the value of using headphones: I can play games all night without bothering people in other rooms. I had to make do with cheap headphones, though, as there weren’t any mid-range or even low-mid-range stuff in the market at that time – only cheap consumer earbuds/headphones and high-end professional/audiophile gear.

In 4 years, I graduated and got a job. This meant I finally got money to splurge on gadgets, and on the top of that list is computer parts. In fact, my first salary went to a computer table.

I really didn’t have a lot of audio upgrade options in mid 00’s because the mid-range audio market still haven’t arrived yet. Upgrading from stereo to 5.1 surround was the only affordable thing to do at that time: motherboards still didn’t have the same 5.1/7.1 sockets that we have today (see picture above), but 5.1 PCI sound cards can be purchased for as low as ₱500. Entry level surround speaker sets under ₱3,000 were also available. 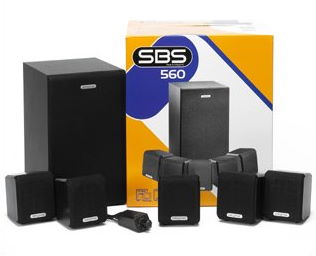 Sadly, moving from cheap speakers to a still cheap 5.1 system wasn’t a huge improvement to the listening experience. While the extended bass provided by the subwoofer was welcome, there weren’t a lot of surround sound media widely available at that time. In addition, only a few games had support for extra audio channels. To top it off, rear speaker wires often get stepped on or rolled on by chairs as they’re too short to be mounted along walls.

Because of this, I ditched the surround speaker system and decided to splurge on one of the first surround headsets available in the market, the Razer Barracuda HP-1. 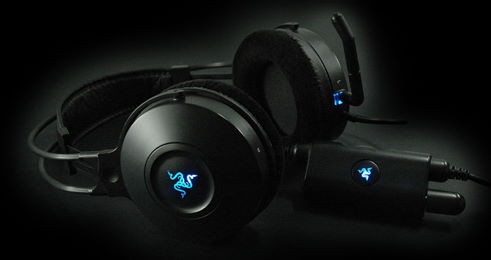 This is the first time I’ve drastically improved the quality of my PC’s audio. It’s not the 5.1 surround sound in a headset; to be honest, that was more of a gimmick as the difference between surround and stereo wasn’t that noticeable. Instead, it could simply be boiled down to “better drivers = better audio”. Cheap-ass headphones and earbuds just couldn’t compare to any decent ~$100 pair of headphones.

The HP-1 became my daily driver (pun intended) for years and played countless hours of gaming on it. However, a problem eventually became apparent the longer I used the headphones: it’s bulky. In games where positional audio was important, enduring the weight and size during long game sessions was a necessary sacrifice for survival.

The turn of the decade also gave way to YouTube and I found myself needing high quality audio less and less. I even considered getting some cheap speakers again to give me a way to listen to sound without having to wear the bulky headphones. That is, until I realized I already have a pair of cheap speakers in my rig.

My then-new Asus PB278Q 2K monitor had built-in speakers, and audio can be sent over through the same cable as the video source ie. DisplayPort or HDMI. It sounded shitty, but it was there, I didn’t have to wire additional cables, and switching between headphone output and monitor speakers was just a few clicks on the Windows 7 taskbar.

This dual-audio setup became my default for years until I got the next big upgrade. Since that leads to my current setup and that isn’t something I’d recommend to the average computer user, I’ll stop my story here and move on to the buyers’ guide. Feel free to skip to the last part for it, though.