We held our monthly meetup last night, and AELogica volunteered to let us use their Fort Bonifacio office as the venue (and provided the food as well).

After a day long InfoQ presentation marathon, I decided to try out recording the meetup with a half-decade old camera.

Rad was late so AELogica’s Steven Smith opened the meetup.

I was the first speaker for the night, giving a summary of the things that happened at RDRC.

Steven expanded upon the Pecha Kucha talk he gave in RDRC about estimating Ruby projects.

Rad giving the results of the event signup sheet survey, and the stuff about Ruby Rumble Practice that was interrupted by the overheating projector.

Just some random pictures before and early on into the event (only shows half of the total attendees): 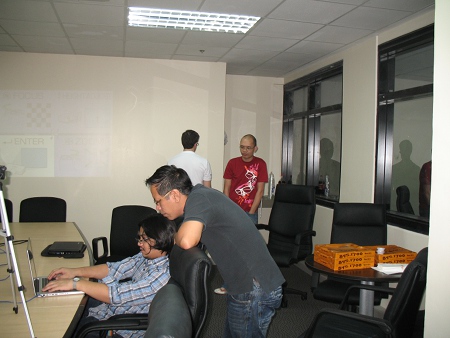 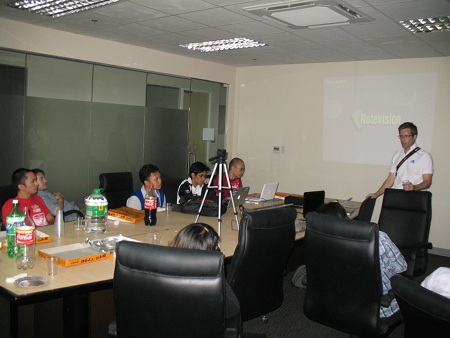