Programming Fonts I’ll do it once I get [insert awesome hardware/software here]! 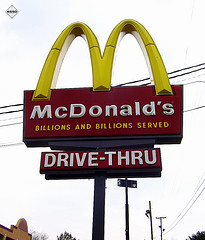 My parents don’t get along with me but once in a while some topics come up where I can join in the discussion.

The topic in question was about an aunt worrying about one of my cousins, namely, the lack of direction in his life. He graduated college, but unfortunately failed the board exam. Which is kind of expected: from what I’ve heard, he spends his time just lazing around the house or hanging around with friends (most likely playing DotA). He’s also somewhat spoiled; he only got his OJT work because his mom pulled some strings in her company, and he couldn’t get a job on his own now that he’s graduated (not to mention that his mom even had to accompany him to PRC to see his board exam results ಠ_ಠ).

In short, he’s exactly the opposite of me.

(Well, aside from the lazing around the house part which I did for over a year. But then again, I used my savings then and didn’t take a cent from my folks.)

Anyway, even though I’m usually quiet about these discussions, I couldn’t help but give my (snarky) 2 cents:

“Why don’t they let him apply in McDonald’s or something?”

It was only later that I realized that my suggestion actually made sense.

First off, unlike working in call centers or the like, he has no excuse not to be able to review for his board exams after work hours. Sure, the work can be mind numbing, but it’s not as bad as what you’d get from fielding calls from irate customers day in day out.

Another benefit of taking menial labor first is that he would learn how to deal with people better. That’s what I got when I took the night shift as an internet cafe attendant back when I was in college. It didn’t pay much, but at least I got all the internet and gaming that I wouldn’t get had I settled with applying as a TA or something. But the best thing I got there was the experience of dealing with all kinds of people, whether it’s the nice guys who live in the nearby dorm who you could play StarCraft or CS with, or the obnoxious guy who looks at porn all the time and treats you rudely on the way out, or the desperate students who need to finish their presentations/papers and ask you for technical help.

It might be unfair to assume that my cousin is that naive that he doesn’t know how to deal with people, but from what I’ve been hearing, it’s not that unlikely. More experience, even thought it’s not related to his engineering degree, will really help him later in life.

And finally, if the family is up to it, they can use this job as a reason to cut off all financial support outside lodging and free meals. In other words, this can be a wake-up call, a swift kick in the ass to get him on his feet and start acting like a real citizen with a college degree.

As I said above, he’s the opposite of me. And this really annoys me. The main reason why I don’t get along with my folks anymore is that they didn’t spoil me. Now this would be nice had they informed me of better options to deal with our income level, like, say, encourage me to get a part-time job when I was in high school (doing MPs for college students, LOL) to complement my allowance and allow me to buy the things I want or do the things I want to do. But they didn’t — they just ingrained into my head that we were poor and I can’t do anything about it, thus limiting my horizons/experiences until I got into college.

This is what drove me to strive harder. Getting good grades and getting a decent job (even before graduating) with very little support from my parents was my way of telling them how wrong they were in raising me.

If my cousin doesn’t learn how to cut himself away from his family and learn to live on his own strength, he won’t get very far in his life. Working in a fast food joint is nothing compared to what I did in the past decade, but it’s a good start.

One Response to “Menial” Labor