The Inefficiency Factor Keeping your goals to yourself 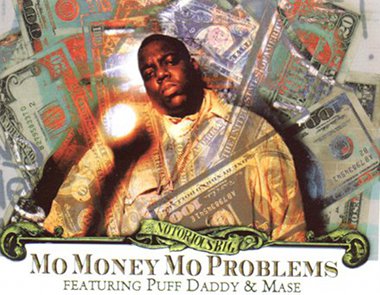 I’ve mentioned multiple times before that earning more money does not equate to financial stability. You may think that that’s just some theory I picked up in random financial books, but thanks to a certain show of internet drama last week, I now have a good example of why Notorious B.I.G. was right:

For those of you who don’t have time on their hands to read the posts and comments, here’s the summary:

Law professor and his Oncologist wife earns over half a million dollars a year. They’re going to lose the Bush-era tax cuts they have, and so he’s whining that he won’t get to pay for all of his expenses i.e. he’s going to be poor.

Before you go “WTF, I’d be happy to earn just $20K a year!” I would like to point out that the couple’s problem isn’t limited to people earning that much. A lot of middle class people also fall into the same trap as that family.

It all boils down to pride.

Say you’re a twenty-something professional earning PhP 25K a month after taxes. It’s not hard to imagine what type of people you’re hanging around with: yuppies obsessed with getting the latest cellphone models, clubbing and out of town gimiks, and looking forward to getting that promotion/credit limit increase so that they could get a car loan.

You basically have two options here. The “easy” route is to just go with the flow: spend your money like them. Get your monthly cash flow to negative just so you could appear as rich as your friends. Don’t worry about debt: you’ll eventually get promoted later and by then you’d be able to pay all of them off.

But you won’t. By the time you’re earning more, your colleagues have changed too. They’ll be spending more so you’ll also be spending more. Before you know it, you’ll be pulling in a 7 digit yearly salary but still have money problems like the good professor in the story above.

Or you can take the second option: swallow your pride.

The most glaring indication that the professor in question has no financial literacy whatsoever is his insistence to get a loan for a $1M home when he hasn’t even paid off his student loans yet. This irrational focus on appearance has ruined many relatively well-off families (including my family, but that’s a different story altogether).

Don’t think of it as “living below your means”; think of it as “not living beyond your means.” I’m not asking you to take a vow of poverty here; it’s still ok to hang around with your gadget obsessed friends, just don’t get pressured into doing (financially) stupid things.

If all of them are carrying iPhones and Android phones just for show, why should you waste a month’s worth of effort on such a device instead of putting it in better investments? You will be teased, yes, but in the long run, who’s going to have a lot less financial problems when shit hits the fan?

Here’s what happens when whole nations get the “get a crapload of money but don’t know how to spend it” dilemma: The Resource Curse.

One Response to Biggest Financial Obstacle: Your Pride