Extracting Torrent from StarCraft 2 Installer How to avoid breaking builds

I haven’t been blogging lately because of the recent changes in my lifestyle (from bum to semi-freelance). From the looks of things, though, I might have to setup a regular blog update schedule, say once or twice a week, in order to improve my gravitas (?) as a freelance software engineer.

Anyway, to kick things off, let’s start with something that happened to me a couple of weeks back. 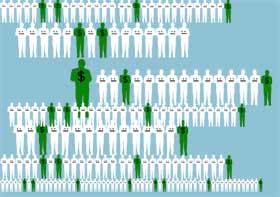 I received a call one Saturday morning from a guy who was offering me a job. Or something like that. It was around 9 in the morning that day and it was still an hour before I should wake up. All I recall is that the guy mentioned something about being in a “multinational company” and I was referred by a friend to a job with “high income” and “flexible hours”. Being groggy as I was, I immediately responded with what first came into mind: that I was not interested in the income and all I cared about is whether the project was interesting and whether the work hours are flexible enough.

I believe the guy hesitated for a moment after hearing such an unusual answer (people want money, not time), but regardless, the guy scheduled me for a 6:30 PM meeting the following Thursday at their office in Makati. The after-work hour meeting time was supposedly due to him being busy and that was the only time that he could meet with me.

Looking back, the whole thing was really fishy had I thought about it. But I didn’t; my past few freelancing gigs were of the same “referred by friend/acquaintance + meet with the guy to talk the job over” setup and they all went well. Besides, compared to those gigs, the friend that referred me this time around was a lot higher in the “people I trust” list.

Fast forward to the following Thursday. The first thing that came into my mind when I entered the guy’s office was:

Aw crap, I got suckered into an MLM seminar.

Now, I can’t just go and rip Nu Skin and MLM as a whole a new one like a lot of local bloggers have already done before. Aside from having a trusted friend there, my parents are also into direct selling so directly badmouthing the whole thing would be a bit out of line. In fact, I would even go to say that what they are doing is perfectly legit.

So instead, I’ll just point out the stuff I found really wrong based on my experience.

For a company that thrives on hiring people that are likely to buy their claims, I find it ironic that a couple of MLMs have tried to hire me in the past. I mean, even before I started writing personal finance posts, I didn’t have financial problems that would require me to take drastic measures like joining MLM schemes.

A quick check, like, say, googling “Bryan Bibat” and checking my portfolio or CV would immediately tell you that I’m not the type of guy who would get suckered into these type of things.

The lack of background check also made the pre-seminar interview pretty awkward. I was able to answer all of their leading questions, e.g. “Are you happy with your work hours?”, “Do you have financial problems?”, etc., in a positive manner i.e. I made it clear that I have no use of whatever they were offering to me. I was even able to answer the supposedly difficult “Is there anything missing in your life right now?” without a problem.

Spending half a year pondering life’s mysteries tends to do that.

Cut the crap about being privileged to be invited to your seminars.

No you’re not fooling anyone by saying you’re too busy with work so that you could schedule an after-work hours seminar. Nor are you fooling us by saying that we’re the lucky few to hear about your business pitch.

That type of guilt tripping only works on the clueless. Anyone who would spend a few minutes googling would quickly found out that you’ve been doing this for years. Your recruitment video even predates the global recession of 2008!

The whole “privileged” thing is even funnier when taken in the context of my profession. Last May, a fresh grad pitched a potential project to me over pizza. This guy was at most upper-middle class and didn’t have income of his own, and yet he was able to offer me something to make sure I was all ears about his project.

Now, this doesn’t mean that I require prospective clients to feed me before I listen to them (though they tend to do that most of the time), but the point is still there: If this guy was able to do what he did, why can’t a multinational company who claims to be able to make me rich with little effort not give me a little something for free during their seminar?

And this brings me to the final point…

The financial advice is screwy.

As I said in my tweet, to be fair, most of the talk gave sound financial advice.

Yes, linear income will not allow you to retire early. Yes, having a business is the likeliest way of retiring wealthy.

But no, earning more isn’t the best way to become financially independent.

Whenever I hear that type of advice, the fitness fads in the past few years always come to mind.

Earning more is not the solution, rather, it can even be a bigger problem. Studies have shown that people who aren’t in control of their spending habits, those who have no financial strategy whatsoever, tend to spend even more once they earn more money.

Get a promotion and earn 25K a month, go up to spending 30K a month (thanks to the credit card).

Get another promotion and earn 40K a month, go up to spending 50K a month (thanks to the auto loan).

In short, once the 2 hour presentation about gaining financial independence ended and I didn’t hear anything about controlling one’s expenses, I immediately told the guy who called me:

And so I wasted 5 hours of my life (counting commuting) to attend something that I wasn’t even remotely interested in. But hey, look at the bright side, at least I got to experience first hand what people are talking about when they talk about MLM seminars! :D

So to my colleagues who want to refer me to other people, please please keep the referrals to development, consulting, teaching, or even public speaking gigs and not to these type of “offers”.

One Response to Nu Skin / Pharmanex and Multi-level Marketing